The 2014 New Zealand International Biology Olympiad Team Selection process started in August of 2013. 344 students from across New Zealand participated in the thinking skills examination designed to select participants for the summer Mastering Biology tutorial programme. A total of 123 participants worked through twelve modules designed to guide their learning of essential content across the four areas of the IBO curriculum and sat the NZIBO camp selection examination. From the result 23 students were invited to participate in a ten day intensive residential training programme during the April school holidays.

This year’s team selection and training programme was conducted in collaboration with the University of Waikato, Massey University, and the University of Auckland. Participants also visited the Reptile Park in Leigh. The final selection process involved students participating in both practical and theory examinations.

This year, the beachfront Ayodya Resort and Bali Nusa Dua Convention Centre hosted the jury and official Opening and Closing Ceremonies respectively.  Students were based at the Aston Hotel in Denpasar where they sat the examinations. Practical examination tasks included thin layer chromatography, gel electrophoresis, prawn classification and bird song recordings, challenging students to use multiple senses and techniques to understand some of the unique ecology of Indonesia.

The jury too were challenged by long hours proofing, debating and translating examination questions through to the early hours of the morning, assisting the dedicated team of Indonesian scientists in the development of fair and rigorous examination questions. With only two years to prepare for the Olympiad, patience, collaboration and tenacity were necessary skills for both jury and students as we had to adapt to last minute changes in the already exhausting schedule of events.  With theoretical examinations being pushed into the evening schedule, students had their endurance as well as biological skills tested.

The backdrop of Bali provided a myriad of highlights. From our snorkelling adventure of fluorescent coral and tropical fish surrounding Nusa Penida, to seeing the rare Sumatran Tigers, Sumatran Elephants, and Komodo Dragons at Bali Safari, and walking amongst the Balinese Macaques at Uluwatu, the rich flora and fauna of Bali will forever be engrained in our memories.   Culturally, the live performances of Bali Agung complete with a live cheetah and elephants on stage and the story of Rama and Sita told to the hypnotic Kacek chorus at sunset provided insight into Indonesian history, folklore and unique performance varieties.

The awards ceremony at the conclusion of the competition was met with anticipation as students and team leaders anxiously awaited the announcement of the medals. Despite being presented with 4 medals in Bali, due to some organisational confusion, the final results of the competition took two weeks to be confirmed, once again testing the patience of participants. Nevertheless, positivity prevailed as students celebrated their new found friendships forged through their exhilarating and exhausting week together. In the end, the NZIBO team came home with two silver medals and two bronze, making it one of the most successful teams in the history of NZIBO. Out of a total of 238 competitors from 61 countries we were very proud of our students’ achievements: Richard He (37th, silver), Ethan Sorrell (56th, silver), Hanseul Nam (84th, bronze), and Hamish Brown (128th, bronze). 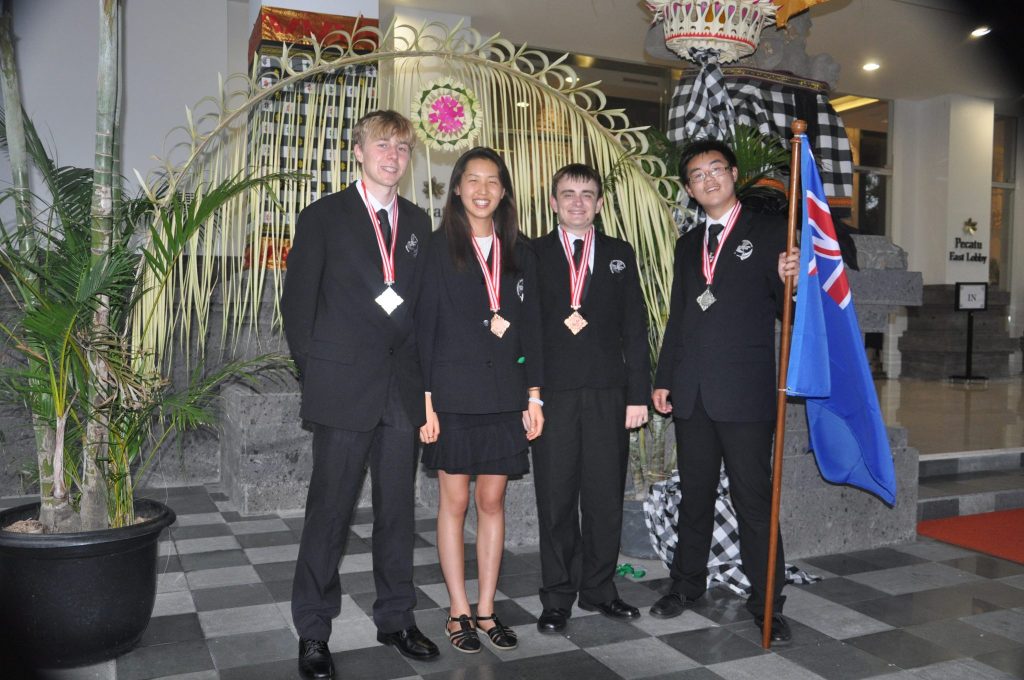 The NZ International Biology Olympiad team of David Chou (MacLeans College), Stuart Curran (Lindisfarne College), Gillian McNaughton (Te Aho o Te Kura Pounamu) and Evelyn Qian (Diocesan School for Girls) journeyed from Auckland to Bern via Dubai in early July. To allow the team to acclimatise and prepare for the competition, the group visited Zurich and Lucerne. In Lucerne, the group went by paddle steamer across the lake and up Mt Rigi on a cob railway. For one team member who was on crutches, the trip proved slightly challenging. Happily another student was able to carry his bags. The cohesive nature of the group led by team leaders Dr Heather Meikle and Mr Richard Hendra made pre-competition and post-competition travel an enlightening and enjoyable experience for all involved. Curiosity, humour and high level critical thinking and creative problem solving skills were evident on many occasions. All keen biologists, the group spent a happy hour studying the spiders in the hedges of Zurich.

Competing against 237 students from 62 countries, the NZ team once again excelled as each team member won a Bronze medal! Stuart Curran gained the top Bronze medal in the competition, ranking 72nd, while Gillian McNaughton came 83rd, with Evelyn Qian at 93rd and David Chou 113th. The students’ ability to problem solve, think critically under pressure, complete challenging practicals and apply the knowledge that they had gained from the NZIBO training camp, tutorial programme, their individual study and from their mentors was evident. We were complemented on their demeanor and scientific ability by other teams.

The IBO 2012 was a magical experience. Despite the dizzying heat and the sleep depriving hours, the Biology Olympiad is an experience I’ll never forget. While everyone was there for a competition, there was great cooperation as we discussed biology and gave moral support to each other, across borders, across skin colours and across oceans. It was a gathering of people from all over the world, each with a passion for Biology yet it was a gathering of all sorts of different people with whom we mixed and mingled. The Biology Olympiad was more than just a competition, even though when it was time for the Practical and Theory examinations, everyone was focused and got down to the biology. The experience was very different to any school function or something of similar like, because we all had a common passion, and everyone was there for one reason and everyone brought to the table their own individual cultures and identities.

But any thanks to all the people that had organized the IBO, the guides, the officials, even all the participants must be accompanied by the thanks to our own jury members. They, going through goodness knows how many questions and getting possibly even less sleep than their partying, gossiping, socializing rugrats, had, as we discovered after the examinations, not only triple checked the exam papers so that we would have glitches, but also left a small but symbolic moral boost on every paper.

As for the journey until this point, the NZIBO was also a great opportunity to gather with similar people in NZ itself. It was like an IBO on a smaller, cozier scale. Even as a small group of 21 plus alumni and teachers, the atmosphere of biology was great as we each tried our hardest to study in the few days we had left before the examination, staying up at night in our rooms to study and converse about biology and any other subject we happened to come across. The smaller rooms of Auckland gave us privacy and focus, the bigger rooms of Hamilton gave us room to socialize and study together. I think this was the best balance between both the camp and IBO, the balance between work and play. The fun we had and the good times we had together; as a group, as a cohort, as friends. 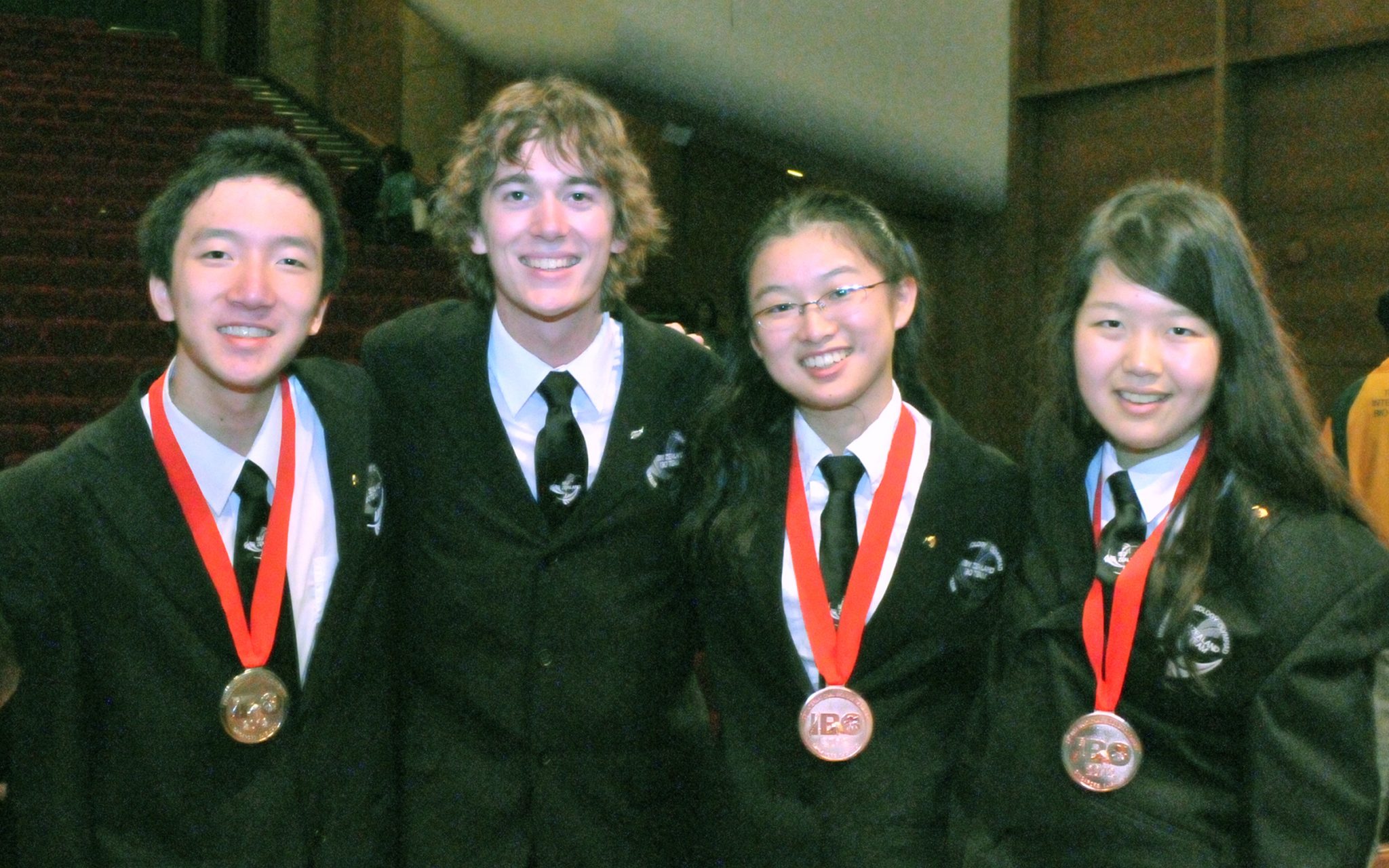 The 2011 International Biology Olympiad took place at Taipei, Chinese Taipei in July. The students representing New Zealand were Benjamin Bai and Richard Chou (Macleans College, Auckland), Vicky Tai (St Cuthburt’s College, Auckland), and Jack Zhou (Auckland International College). Richard won a Bronze medal, Benjamin Silver, and Jack returned home with New Zealand’s first ever Gold medal. The team was rewarded with its highest ranking ever and Jack came 21st in the world! This is a truly fantastic result and we are very proud of their dedication and hard work.

Before the IBO started, The New Zealand team took two days to see Hong Kong, recover from the flights and acclimatize to the heat. We had a great time visiting temples, museums and bustling markets. The highlight would have to be the return ferry trip from Hong Kong Island after our visit to the Peak. We timed it to coincide with the Symphony of Lights over the harbor – magnificent! After the competition we shopped and ate our way around Taipei City and also visited the Kenting National Park at the southernmost tip of Chinese Taipei. The night market and national aquarium where both amazing experiences. The aquarium was enormous, like Kelly Tarlton’s on steroids!

The week of the competition in Taipei City was full on! Late nights merged into early mornings as the IBO organisers and team guides ensured the exams ran smoothly and the sightseeing and social activities were enjoyable. The practical exams were difficult as usual with the dissection yet again proving a challenge for students from all around the world. From the opening ceremony, to a visit to Taipei 101 the world’s second tallest building, from a temple built over a bubbling, hissing hot spring to a marine geological park, the Chinese Taipei organisers had gone all out to ensure the students and jurors got to experience their wonderful culture and hospitality. Of course, there was also the medal ceremony! Team leaders; Dr Angela Sharples, Rotorua Boys’ High School and Richard Hendra, Tauranga Girls’ College, were really proud of how the students performed in a demanding and prestigious international event. To win our first ever Gold medal against the top four students from more than 65 countries from around the world was incredible. The students were assisted with funding to travel to Chinese Taipei through the Talented School Students Travel Award which is administered by the Royal Society of New Zealand via Science OlympiaNZ and we would like to acknowledge this vital support. 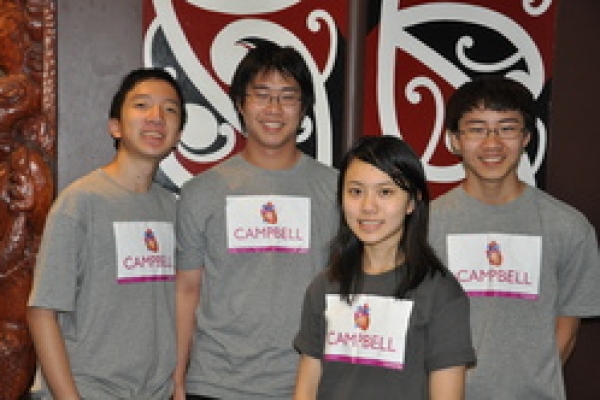 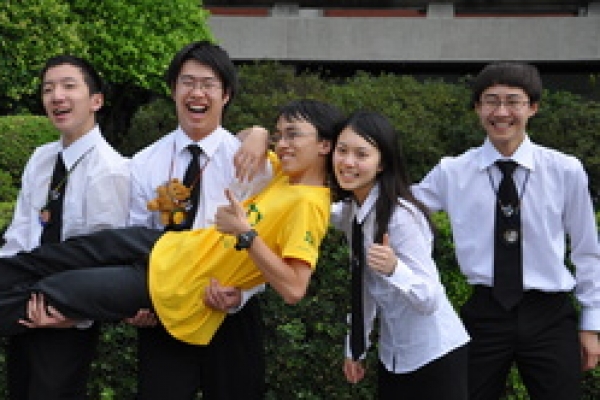 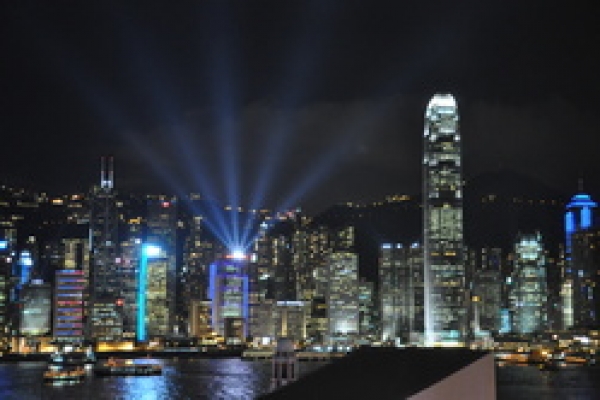 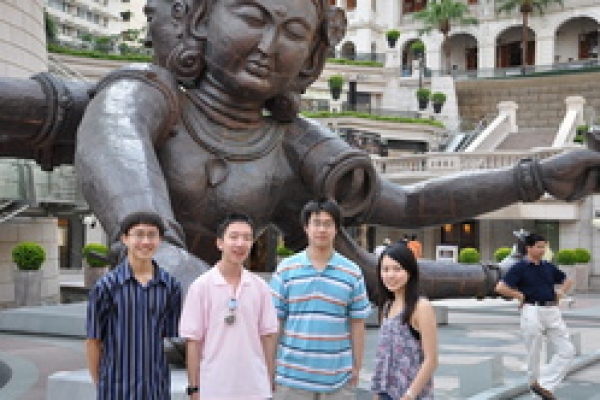 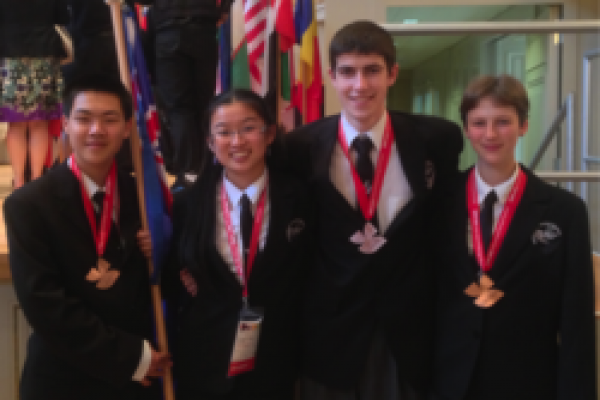